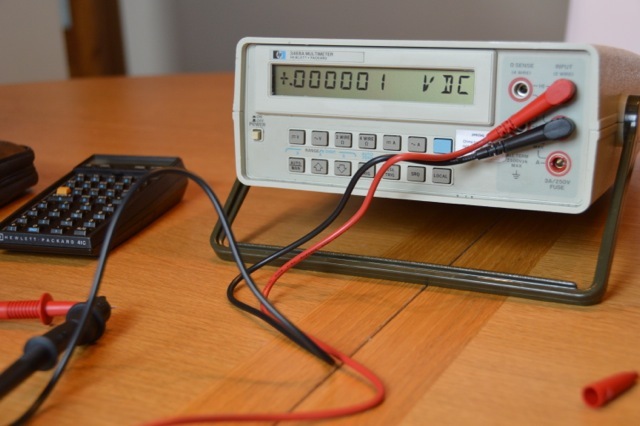 I have taken some multimeters for revision to the persone that does the repairs for us. In this case, there were a Hp3468A and a HP3478A.

Both were quite similar functionally. a general multimeter with voltage, current and resistance meters. The main difference were the interfaces.

The HP3478A was desk-based, sporting a HP-IB interface, able to be connected to HP computers like the HP85 (with which I am still using it)

The HP3468A was intended to be carried with you, and it had an HP-IL interface, to be used with handhelds like the HP41c and the HP71b. This is the one that I am using on my desk when repairing units.

Tomorrow I will tell you about the conversation with Ignacio, the person that does our repairs. He is a true fanatic of HP calculators. He has several units of nearly all models. For example, he must have around 10 HP41 units of all types, but he won’t part with any of them! Jokingly, I told him that he couldn’t have created Apple, for Steve Wozniak had to sell his HP65 to buy parts for the Apple 1