Monthly closing with the HP17bII - some comments

Scene: monthly closing at a multinational Headquarters office. Most calculations are done in Excel. Imports from the accounting consolidation package (HFM or Hyperion Enterprise) are loaded in Excel and the analysis begins. Many things are automated and the same analysis performed month after month; and many others get calculated on the go in the Excel spreadsheets. In principle, there is no need for a standalone calculator - and many controllers work without one.

For those who do, there are two different schools: those who use HP, and the rest, which use “shop” calculators: these with big screen numbers and even bigger keys, to be used by manicured ladies to give you the discount percentage over the time you want.

The Hp ones come from three families:

So this year end closing I decided to try to work with the 17bii+. I took the “+” version since I wanted a better screen contrast, and specifically the currency exchange menu, that the original machine doesn’t have. I need to translate frequently between 4 different currencies, so this is a good help.

I have grown used to the % comparisons from the hp old financial calculators, that i have programmed into the hp41cl or 15c (yes, both have most, but %T is not one of them, and it’s the one I use most, together with %CH). I doubted if using the screen-keys calculations in th BUS main menu would be a match for them. I was wrong. I actually took much better productivity from it. I could always recall the old value, or subtracting both easily. When you store the numbers in the screen softkeys, they still are in the stack - so you can subtract them, too, apart from taking the % you want. And its easier to take the right formula for comparison - you need to use less your brain.

Same for the IRR and NPV analysis. I thought I was fast with my 41cl - I was able to do it much faster (and with less errors) with the 17bii.

Same for the exchange rates. (What a hit today with the Swiss Franc - a lot of noise in the office about it) I have a program to calculate the exchange values in the hp41cl, and I still think it has the edge for use (The top letter means “translate from this currency to €” while the shift-top letter means “translate from euro to that currency”, and you can use one currency after other without changes) but it is so much cumbersome to set up, since you need to enter the currency rates in specific registers.

So, for controlling, and if I need not to do anything else, it is the hp17bii from now on!

And it really looks gorgeous. Look below! 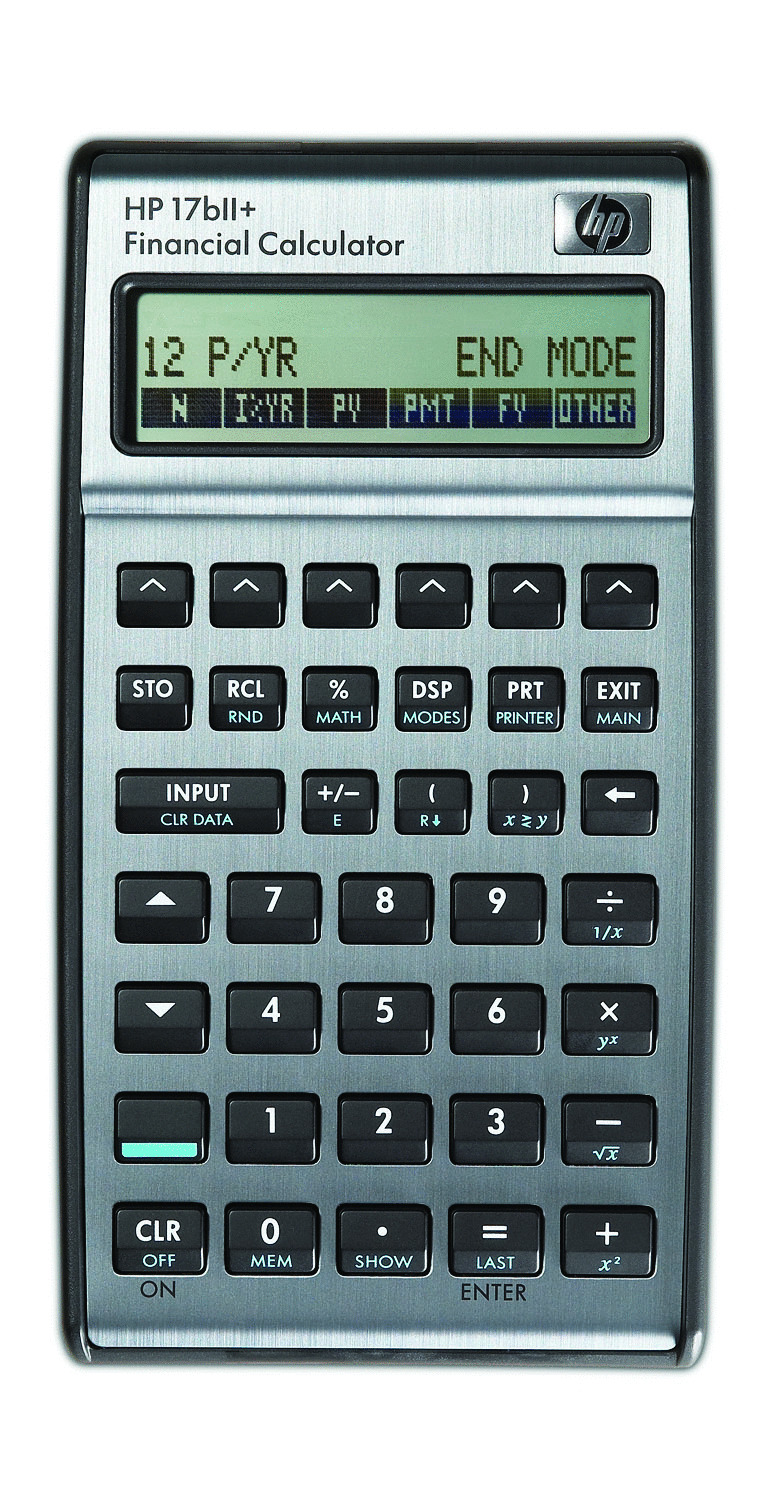 Monthly closing with the HP17bII - some comments - Calculator blog - TheCalculatorStore