The new Scientific Calculators from HP - part one

The new scientific calculators from HP, part I: the HP-10s+

Please take a look to this picture comparison between both old and new calculators. The new model has a much nicer body - it doe not look cheap as the former model.

Can you draw any resemblance from the new calculator body? Can you see an iPhone shape in it?

The keyboard is not your typical HP one. It is not the click-and-rotate type. It has the same feel of the original HP-10s. However, the keys are bigger and easier to strike.

It looks as an student calculator. In that respect, it is a requirement that the screen and keyboard is protected by a cover. That cover slides well, much better than the previous one, and has a better feel even than the HP39GII's. It will resist the drops from your son or nephew nicely.

The keyboard mapping is exactly the same as the previous unit, so no comment here. And no, it is not RPN - not an option! We've been told that this is an specification for the lower end HP calculators: "thou shall not have RPN, even as an option."

I am not familiar with other brands' calculators, so I had to go to google to find something similar in the market…but I found it!

A game: find the similarities between these 2 pictures: 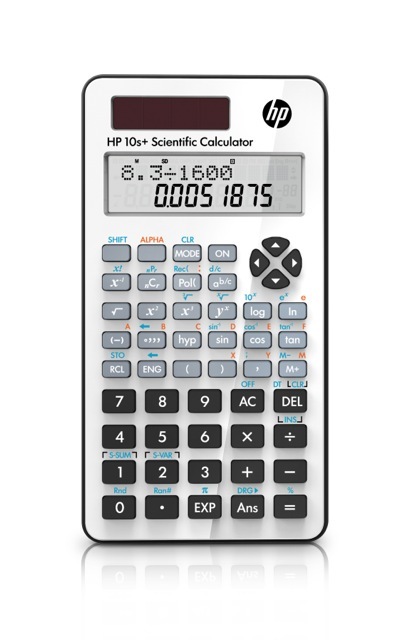 By the way, the HP300s+ has been shipped to the first customers already!