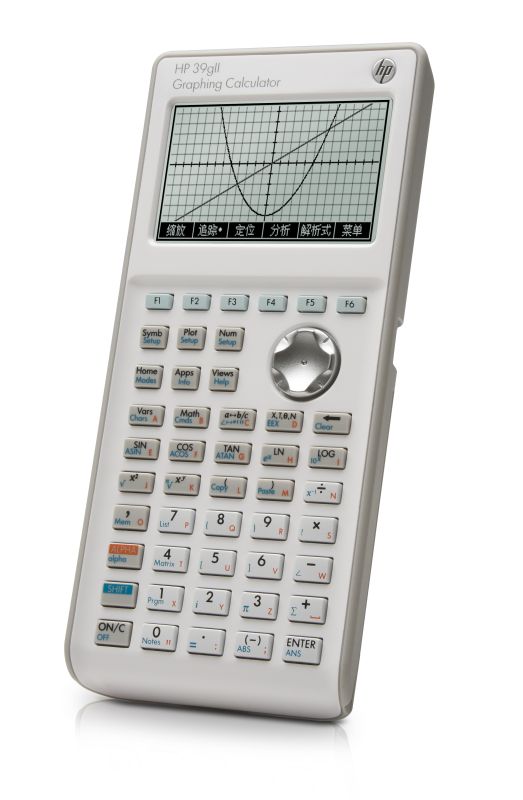 There have been some messages in www.hpmuseum.org about the HP39gII  and its collectability. Apparently, there is not a lot of effort put by HP on promoting this calculator in Europe. I was told at the beginning that this was a calculator specially designed for Asia - and in particular, mainland China. It had been designed while talking with the Chinese educations responsible officers. As such, it does not include CAS; but apart from that, is a quite economic quasi-clone of the mighty HP Prime.

It shares the programming system, and it has a quite good screen with 16 grey levels and good resolution. It cuts corners by not having a mobile phone battery, a tactile screen or color. On the other hand, is quite as fast as the prime, and it lasts longer than other calculators. A curiosity is that the batteries are connected in parallel, not in series: the voltage required to make it work is extremely low. In an emergency, it can even work with a single battery! It also has connectivity via USB, and therefore can be programmed off-calculator and run within it.

It is not as sexy as the Prime - but then the price is very different too - you can buy it for 60€, delivery included in most of Europe. And you get most of the features of the Prime, excluding CAS (which cannot be used in some countries’ schools anyway)

Key feel is good, while not at hp41c levels. You can find it here: