Calculadoras Calculator blog A couple of speed tests and some more comments ...

We have made some speed tests with the simplest of programs: 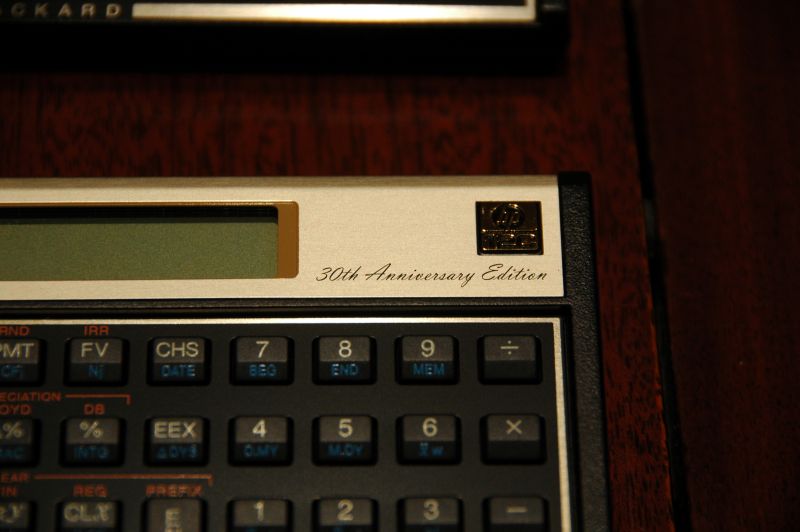 To complete the comments made in last blog, the keys in the new 30th anniversary machine are blacker than the previous one , and the lettering is much sharper - less blurred.

Of course, the original one are even blacker and the lettering sharper, but as they are more shiny it can lead to poor visibility in very bright environments. As well, the tactile feedback is different. I have used several original 12c's and some of them have developed mushy keys, soft to the touch (this happens as well to some of the original 15c I have had the opportunity to use, although not mine). This must have to do with the 25+ years of life of these devices.

During last trip I used the original one - and I still cannot decide which one to use for keyboard pleasure - softer in the old one, more responsive but also more springy in the new one. Now, when it comes to calculate a 10-year IRR, there is no comparison - although that does not happen every day.

As for overall fit and finish, the metal trim in the newer ones has a vernish protection (if it's a metal trim and not a plastic imitation) which will likely protect it better than in the original (where it was a weak point for cosmetic reasons)

And I have been told at the office that my HP15c LE sample has arrived but the post could not deliver it for some reason - for travelling reasons I will not be able to pick it until next wednesday...