Games! The HP Prime is so fast (compared with other calculators) and the HP Basic so optimized that you can actually run games!

As always, you can go to hpcalc.org to see a lot of them. 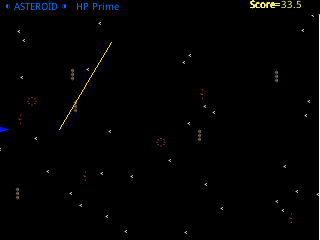 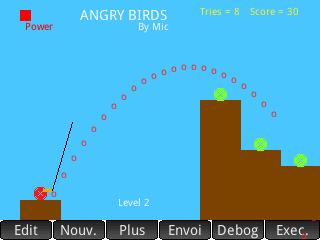 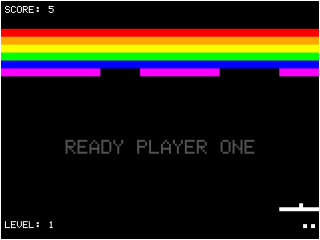 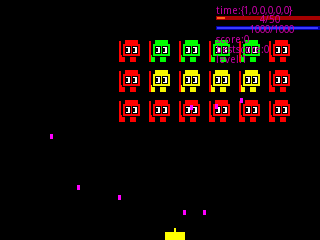 The HP Prime, as such, comes without games. There may be a hidden easter egg, like the two Tetris games that were hidden in the HP50g, and, as a member of the former development team is still a key member now, I see it probable. But as such, it does not have built in games.

As its only initial programming language is HPPL, in itself a version of basic but with a miriad of mathematical functions, it does not appear too suited to put games in it. You can't program games in a high level language, can you? (Those old may remember that the Standard Pac of the HP85 contained a couple of games, and I heard as well of a games pac - although I have not seen it. These were programmed in HP's Basic, interpreted line by line, running on a calculator processor at 650 khz. Yes, this is not an error: we mean kHz, not MHz. And there you have the Sinclair Spectrum, the Amstrad and the Apple ][. There's a whole generation that has learned to play computer games in that compromised environment)

Actually, the processor is so fast that it can do a good job with games. The language allows for an easy manipulation of graphical objects, including small bitmap entities, that can be moved around and plotted at wish. But many games will end up being logical in nature - there are better gaming platforms for sure.

Here you have a list of game programs. There are a number of ways to deploy in your calculator, depending on the format you have. I would recommend that you test them first in the emulator (you will have to load your calculator with the connectivity kit anyway, so why not)