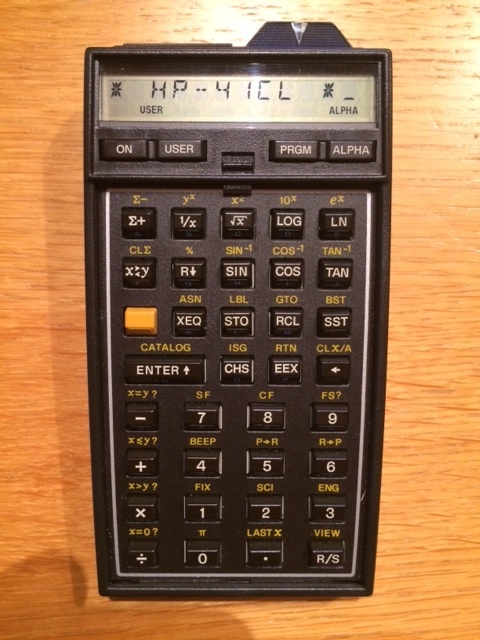 As I have been receiving several requests from customers that are willing to buy a HP41CL calculator, I forwarded him some requests. If you have read previous installments of this blog, you will know that all stock of 41CL board for refitting in old 41c were finished by the end of last year, and that Monte did not know whether he would commit for a further production batch.

So far there have been 4 production batches. Each one had either some mods, or additional images written into memory. In my experience, none of them is faulty - all of them can be used and all of them are able to run at 50 times speed. In fact, and provided that you have the requred hardware, you can update it with the latest pac images.

The hardware required is either the serial interface provided by Monte (a cheap solution), or other interfaces like the ones provided by Diego Díaz. I have yet to try his interfaces - but I guess that they will work fine - I swear by the circuit he created to repair the battery bay contacts for the HP41c.

Well, the point here is that this week end I received a mail from Monte where he tells me that there is another HP41CL board batch in production! He wouldn't say if he has implemented any significant changes on it, but it is good enough to know that those of you who wanted them still have the opportunity.

I won't take any orders until I am able to get a suitable delivery time. Stay tuned!

Comments: 0
More about: HP41cl
Only registered users may post comments.